Do you guys recommend an African sideneck turtle for a 500 gallon pond? It has goldfish and koI in it right now and I wouldn’t get the turtle until the fish are big enough.

Lfs has one that ambushes anything that isn't turtle or scape. Those turtles kill everything. Mean big fish get dropped in that tank when they can't be housed with others and there isn't room for them as long as there aren't unknown customers in the store.

I would think it should be ok as long as there's a place to bask, its not too cold, and its within a good temp range for him. Youll also need to make sure he can't escape (they can climb, my grandma's turtle cleared her 6ft wood fence). Make sure you have a place to bring it in when it gets chilly.

They’re what I would consider a medium sized turtle, topping out at about a foot in length. They do eat fish pretty readily so I think your goldfish would be at risk. A baby snapping turtle wandered in to my buddies pond and ate all of his goldfish. The snapper was probably only an inch or two big and it ate plump goldfish that were 5+ inches in size so I’d have nearly no doubt it could take down goldfish that are much bigger than itself.

But if you do decide to go through with it I agree with the above that it needs to be closed in. For our turtle pen we dug a trench and filled it in with cinder blocks so they wouldn’t dig out, railroad ties as the perimeter and planks of wood screwed in to them to create a lip that the turtles can’t climb out of. I’ll include some pictures so you can see what I mean.

How we laid the cinder blocks: 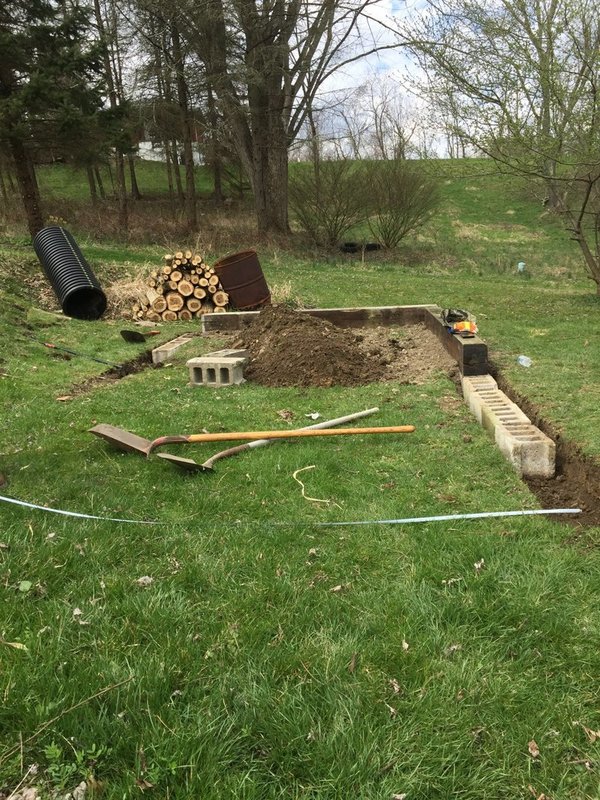 The lip of wood we put around the railroad ties: 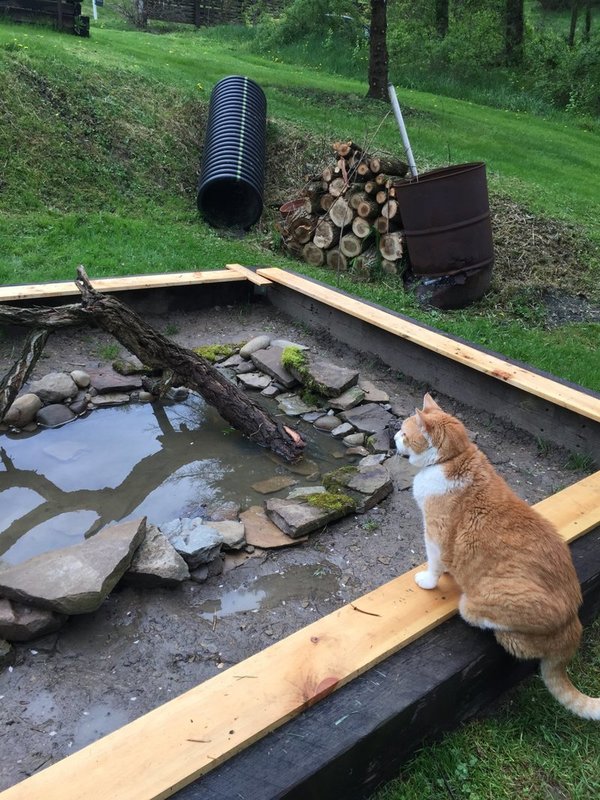 And this is our pet cat that doesn’t go in the turtle pen but this reminds me, do not let other animals inside your turtle’s enclosure. Especially cats. We have a lot of strays in our area and recently one of them took a poop in the turtle pen. Subsequently our turtles got worms from the worms the cat had. They’ve been treated but we’ve still been dealing with the cat issue by throwing orange and lemon peels around the pen.
Share:
Facebook Twitter Reddit Pinterest WhatsApp Email Link