A fry survived against all odds!

Member
Three weeks ago I broke down a 20 gallon tank to completely redo it (organic potting soil capped with sand). The fish that were in there (an apisto and 6 pseudomugil luminatus) I put in the 10 gallon QT tank. Even though I kept the sponge filters and plants in a bucket of tank water the cycle I had a hunch that the cycle would be ruined. Sure enough, after dosing 2 ppm of ammonia and checking the parameters 24 hours later the ammonia was still there...not as much but still there. I've been re-cycling that tank for three weeks. It's pretty closed to being done now. The only thing I've been doing was topping it off once a week, checking parameters and adding more ammonia when it got low. Today while I was checking on how the plants were doing I noticed a slight movement towards the surface. There was this little orange fry swimming around! And considering how small rainbowfish fry supposedly are after they hatch this thing had to be at least a couple of weeks old. I ran to grab a net so I can put it in the QT tank (in a mesh box so it doesn't get eaten), and when I got back I didn't see it. Later on I went back in and there it was again, but it was able to evade the net and I lost it. I wonder what it's been eating. 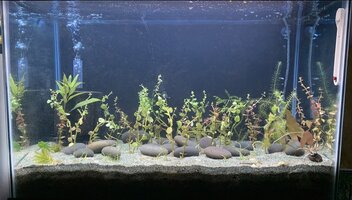 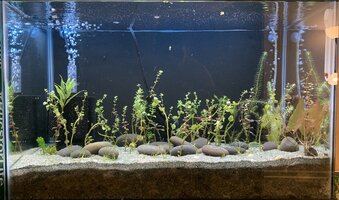 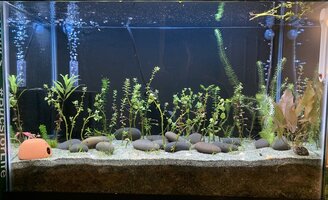 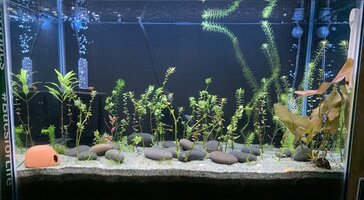 Member
That's one tough little fry you got on your hands!

Member
I managed to snap a picture before I netted it. 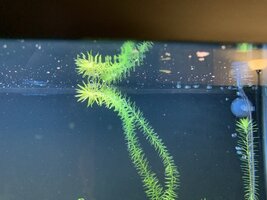